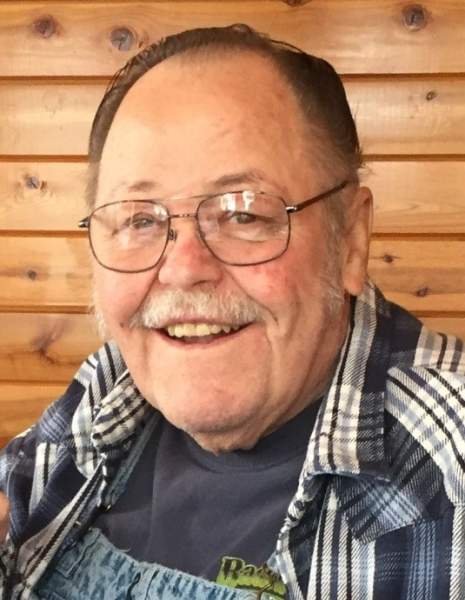 Vern D. Sjoberg , age 72 of Clark, SD (formerly of Oxford, WI) passed away Wednesday, December 30, 2020 at Sanford USD Medical Center in Sioux Falls, SD.  Vern was born in Oconomowoc, WI on December 21, 1948 to Palmer and Hollis (Lien) Sjoberg and was the youngest of thirteen children.  Vern graduated from Oconomowoc High School and furthered his education attending Dunwoody College in Minneapolis and received an Associate Degree in Baking.  He then purchased and ran a bakery in Bryant, SD until he was called to service by Uncle Sam.  He was a cook in the US Navy from 1969 through 1977 and proudly served on two submarines the USS Trigger and the USS Grayback. We are sure he is in heaven boasting about his very sunburned buns the first time he crossed the Equator.

He was united in marriage to Shirley Jungenberg on Valentine’s Day 1976 in Madison, Wisconsin.  After locking his keys in the house on his wedding day and breaking a window to get back in, and four trips to the hardware store to purchase replacement panes of glass, he was finally able to carry his bride over the threshold.

Vern was an avid hunter and fisherman.  Upon his retirement, he and Shirley relocated to South Dakota where he fished and hunted every day for 67 days. Vern was the life of the party with his wit and humor and loved to share his knowledge, real or made up, with others.  Everyone who had the privilege of knowing Vern has an amusing story to tell about their time with him.

Vern is survived by his wife of 44 years, Shirley and two children: Tina (Scott) Cain of Chisago City, MN and Dion (Patricia) Melvin of Blanchardville, WI as well as two grandchildren: Amanda (Mike) Schreiner and Jacob Melvin.  He is also survived by two great-grandchildren: Gunner and Macie Schreiner and many extended nieces and nephews, cousins and friends.

Vern is preceded in death by his parents and all 12 of his siblings.

A public visitation for Vern Sjoberg will be held on Wednesday, January 13, 2021 from 1:00 until 2:00 PM at the Crawford Funeral Home in Oxford.  Following the visitation, private services lead by Pastor Dominick Thoman will take place and burial with full military honors will follow at the Oxford Village Cemetery.  A celebration of Vern’s life will be held on Saturday, July 10, 2021 at the Oxford VFW Post beginning at 11:00 AM.  A celebration of Vern’s Life is also being planned at the First Baptist Church in Clark, SD.  In lieu of flowers, donations are preferred to Prairie Lakes Healthcare-Hospice, to donate call 605-882-7631 or email foundation@prairielakes.com .

Crawford Funeral Home and Cremation Service of Oxford and Montello is honored to be serving the family. www.CrawfordFH.com

To order memorial trees or send flowers to the family in memory of Vern Sjoberg, please visit our flower store.