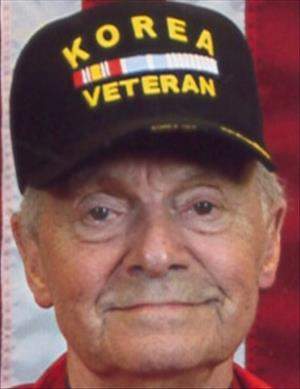 Victor "Vic" Joseph Kohn, age 83 of Montello passed away peacefully Saturday morning, August 19, 2017 at the Montello Care Center. Vic was born in Milwaukee on July 6, 1934 to Francis and Wilhelmina (Griesemer) Kohn. Following high school, he served in the United States Army until returning to Milwaukee and marrying Jean Paape on November 29, 1958. Vic worked for thirty years at American Motors (now known as Chrysler) in Milwaukee and he and Jean retired to Montello in the late 1980's. Vic enjoyed woodworking, especially making furniture. He was an avid fisherman and hunter in his younger years and he and Jean traveled throughout the United States. Vic was proud of his service to his country; he was a member of American Legion Post #351 in Montello and grateful for the opportunity to take part in the Badger Honor Flight in May of 2017. He was a member of St. John the Baptist Catholic Church in Montello and will be remembered for his love of animals, sense of humor and caring personality.

Vic leaves behind his wife of almost 59 years, Jean and many important nieces, nephews, Godchildren and friends. He is preceded in death by his parents and siblings: Herman, Greg (wives: Helga and Marge) Krohn, Frances (Benjamin) Migaioa, Leo (Mary) and Norbert (Dorothy).

A Mass of Christian Burial for Victor "Vic" Kohn will be held on Tuesday, August 29, 2017 at 11:00 a.m. at St. John the Baptist Catholic Church in Montello. Visitation will be held from 9:00 a.m. until 10:45 a.m. at the church. Father Paulraj Sellam will preside and following mass, burial with full military honors by American Legion Post #351 of Montello will take place at St. John the Baptist Catholic Cemetery, town of Montello. In lieu of flowers, donations are preferred to the family for several memorials that will be established in Vic's name. Crawford Funeral and Cremation Service of Montello and Oxford is honored to be serving the family. www.CrawfordFH.com

To order memorial trees or send flowers to the family in memory of Victor Kohn, please visit our flower store.