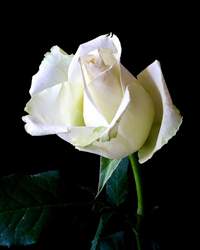 Waclawa “Joann” Lasinska Zak passed away in her sleep on July 19, 2022. Born to Stefan and Helena Lasinski on September 25, 1928, she was a woman of indomitable spirit. She joined the Polish Underground 3 battalion pancerny AK “Golski” at age 14, to fight against oppression. She was decorated for her heroic acts at age 16 during the Warsaw Uprising in 1944. After the war, she moved to England while Europe rebuilt.

While in England, she met another Polish veteran, Julian Zak, the love of her life. Julian and Waclawa wed on August 2, 1947. They traveled on the Queen Elizabeth II, arriving in America on April 19, 1951, with their almost three-year-old daughter and very little else. The couple soon added a son to the family, and through a lot of hard work, built up a life in Chicago, Illinois, to eventually retire in Oxford, Wisconsin. Waclawa and Julian loved to travel out west and Canada, and loved fishing together. They also loved their faithful dogs.

If you have an indomitable spirit, what do you do in retirement? You plant a one-acre garden, you teach twenty-somethings to skip rope, and you teach people how to escape a house when the dinner rolls start on fire.

After her lung cancer diagnosis, her indomitable spirit led her to beat the doctors' predictions by hanging in there more than twice as long as they expected, but all great things come to an end. You might not be here with us, Waclawa, but you inspire us to carry on.

A Mass of Christian Burial for Waclawa “Joann” Lasinska Zak will be held on Saturday, July 23, 2022, at 11:00 a.m., with visitation beginning at 10:00 a.m., at the Good Shepherd Catholic Church, 241 E. 6 th St., in Westfield, WI. Father Savio Yerasani will officiate. Following the Mass, Waclawa will be cremated and later laid to rest in the Oxford Cemetery.

To order memorial trees or send flowers to the family in memory of Waclawa Zak, please visit our flower store.