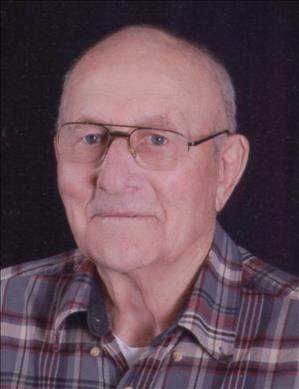 Walter George Richard Bubolz, age 99 of Montello passed away Thursday, November 16, 2017 at the Montello Care Center. Walter was born in the town of Marcellon, Columbia County, Wisconsin on August 7, 1918 the son of Adolf and Wanda (Beier) Bubolz. He attended Portage schools and furthered his education at UW Stevens Point with groundwater classes and at UW Madison for wastewater treatment for his job later in life. In 1941, Walter was inducted in the US Army with the 5th Infantry Division. He served in Iceland, Scotland, Ireland, England, France, Luxemburg, Germany, Austria, Czechoslovakia and Belgium. Walter received his first Purple Heart when he was injured by a grenade while in Angers, France on August 10, 1944 and was again wounded by heavy artillery at the Battle of the Bulge on December 26, 1944, receiving the second Purple Heart Medal with Oak Leaf Cluster. While serving our country during World War II, Walter received the following recognitions: Two Purple Hearts, Medal of Good Conduct, Bronze Star American Defense Service Ribbon, European African Middle Eastern Theatre Ribbon, Silver Battle Star, Six Overseas Service Bars, One Service Stripe, Expert Rifle Badge, Combat Infantry Badge and Driver and Mechanics Badge. He received an Honorable Discharge in August of 1945 from Company E 11th Infantry Battalion of 5th Infantry Division, rank as Tech Sgt. He was a lifetime member of The Military Order of the Purple Heart, Chapter 162 of Oshkosh. Walter also received a Diploma of Defense from the French Government. After Walter was discharged, he was proud of his service and remained active as a member of American Legion Post 351 of Montello, Life Member of VFW Post 1707 of Portage, Life Member of DAV Chapter 11 of Oshkosh and member of the National Purple Heart Hall of Honor.

Walter was employed by the Milwaukee Gas Company. He married Eleanor Geske on March 30, 1946 at Bethesda Lutheran Church in Milwaukee and together they moved to Montello. Walter received his apprenticeship in lettering and carving monuments at Stotzer Granite Company in Portage before taking a job with the Montello City Water and Sewer Department; he served as superintendent for 32 years until his retirement.

Crawford Funeral and Cremation Service of Montello and Oxford is assisting the family with arrangements. www.CrawfordFH.com

To order memorial trees or send flowers to the family in memory of Walter Bubolz, please visit our flower store.