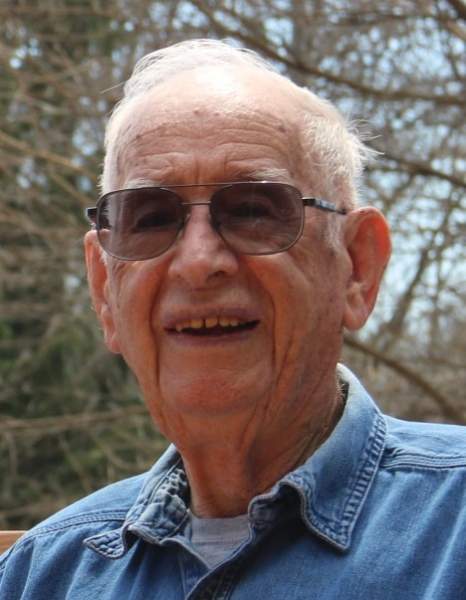 Willis “Bill” James Struthers , age 92 of Montello passed away Monday, September 20, 2021 at the Montello Care Center.  Bill was born in Spirit Lake, Iowa on November 22, 1928 to Vernon and Anna (Adamson) Struthers.  He graduated from Braham High School in 1948 and married the love of his life, Mae Clark on June 24, 1950.  Together they were blessed with two children.

Bill resided in the Rockford, Illinois area for many years working as a printer.  He was known for his carpentry skills; building his home in Rockford as well as their home on Lake Puckaway.  Upon coming to the Montello area, Bill found a second family at Lake Arrowhead Campground that was very important to both he and Mae.  He put his carpentry skills to use at the campground and he and Mae also enjoyed traveling.  Bill will be remembered for his love of gardening, nature and his quick wit and smile.

A memorial service for Willis “Bill” Struthers will be held on Thursday, October 14, 2021 at 2:00PM at the Crawford Funeral Home in Montello.  Visitation will be held from 1:00 PM until the hour of service.  Elaine Haugen will lead the service and private family inurnment will take place at a later date.  In lieu of flowers, donations are preferred to MarineToys for Tots.

To order memorial trees or send flowers to the family in memory of Willis Struthers, please visit our flower store.