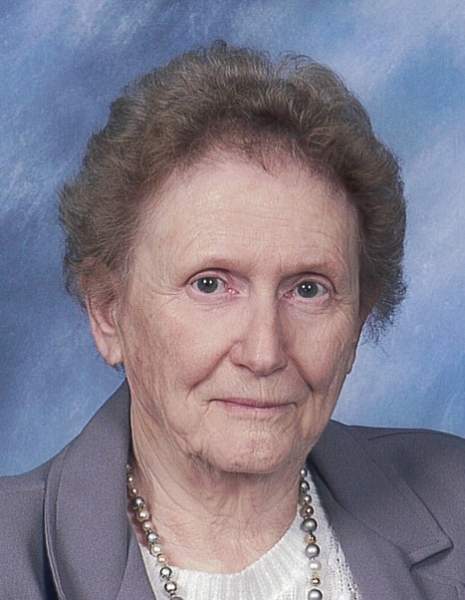 Wilma F. Klimke , age 91 of Oxford, passed into Eternal Life Sunday, February 7, 2021 at home with her family by her side.  She was born at her family home on March 3, 1929, the youngest daughter of Edward and Elinor (Jones) Hollender.  Wilma married Eldon Klimke at St. John’s Evangelical Lutheran Church in Montello in July of 1953.

Wilma graduated from Oxford High School and UW-Milwaukee, where she initially majored in Art, then began her teaching career in elementary education in 1950.  She taught at schools in Milwaukee, Reeseville, Waterloo, and Oxford prior to teaching at Endeavor Grade School (Portage Public Schools) from 1961 until her retirement in 1989.  She was a member of Trinity Lutheran Church in Packwaukee until 1953, and joined St. John’s Lutheran Church in Oxford after returning to the area in 1956.

Wilma was humble, but talented in so many ways!  She enjoyed writing and had two children’s books published (Whitman Tiny Tot Tales/Western Publishing Company of Racine), as well as self-publishing a complete family history, a children’s book, and three suspense novels for family.  She was an illustrator several years for Early Childhood Magazine, and illustrated a friend’s book of poetry.  She was honored with several teaching awards during her career.  Wilma designed most of her own worksheets for her classes, and helped her students create countless projects for Christmas, Mother’s and Father’s Day.  She had a beautiful singing voice, and wrote the lyrics and scores for many Christmas programs at school.  Wilma created beautiful works in oils and watercolors, ceramics, greeting cards, and fabric.  She loved to garden, and she loved to correspond with many friends and family members.

Wilma was preceded in death by her parents, brothers: Robert, William, and stillborn August and sister, Gwen (Waldemar) Luebke.

Honoring Wilma’s wishes, services will be private and she will be laid to rest at the Oxford Village Cemetery.

The family would like to thank the SSM Health At Home Hospice staff and Dr. Escobedo-Morse for their care and support these past months, as well as all who have been corresponding with Mom to keep her spirits up.  Your care and well-wishes have been much appreciated!   We would also like to thank Crawford Funeral and Cremation Service for all of their assistance.

To order memorial trees or send flowers to the family in memory of Wilma Klimke, please visit our flower store.